You don’t need to read any guide to go to the capital of the Tibet in Exile to be honest. Just hop into any bus from Inter-State Bus Terminal in Delhi and you’ll reach safely. The travels to Uttrakhand and Himachal are always safe. The only issue is that the journey time is a bit long, since Dharmshala is at a distance of 471 kms from Delhi and McLeod Ganj is another 9-10 kms. One has to change the bus from Dharmshala to reach McLeod Ganj.

I took a bus from Mandi, Himachal to Dharmshala which took about 4-5 hours to reach. On the way there was the beautiful hill town Palampur which finds reference in many Bollywood films. I saw the beautiful tea gardens from the bus. The Dharmshala bus stop looked nothing like a tourist place, it was a secluded spot amidst the hills, there was no market, no lines of hotels no cabbies or tour guides crowding around you trying to lure you to their business.

McLeod Ganj as many of you might know, is the headquarters of the Tibetan Government in Exile. In 1959 when Dalai Lama had to flee Tibet, Prime Minister Jawaharlal Nehru allowed him and his followers to settle in McLeod Ganj which used to be a summer picnic spot during the colonial time. Various offices of the Central Tibetan Administration can be found here. This in a way is Tibet with all its culture and traditions. You can spend days reading books at the Tibet library, volunteer at the Tibetan school as a teacher there are lots to do.

McLeod Ganj should be on every traveler’s ‘to visit’ list for the history of the exiled Tibet apart from its calm and wilderness. For more read this photo story on McLeod Ganj, Dharmshala.

The journey from Dharmshala to McLeod Ganj was beautiful, calm and serene. Suddenly in the middle of nowhere you have this little hamlet bursting with lights, sounds, people. I found myself a good enough hotel room with a view of the hills and balcony for just Rs 500, my upper limit as per SWBT rules.

There were innumerable eating options at McLeod Ganj for both veg and non-vegetarian people. I faced no problem in following my keto diet even on a budget which is usually a problem in places like Varanasi where there is a predominance of vegetarianism at least so far as the street food, thelas, and dhabas are concerned.

The local and street food of McLeod Ganj, Dharmshala. Plenty of food options in McLeodGanj for both vegetarians and nonvegetarians. No problem for those on Keto diet.

Places to see around

While every step you take around a quaint hill station like McLeod Ganj would bring you the scenic beauty and calm there are very few items on the list of ‘local sight seeing’ except the Dalai Lama Temple in the main market, the Dal Lake and St John Church both within 1-3 kms from the main area.

St. John in the Wilderness

“When I stood in front of this 19th century Church and the adjacent graveyard surrounded by the wilderness of the Kangra valley, I could only feel wonder, peace and love. I could not hate for the colonizers.” writes Sanjukta. Read more

Thousands of years of human movements through migration, settlement, colonisation and invasion has built this world the way it is including this nation.

I live in an India where an extremely aggressive masculine Hindu nationalism is surging ahead with full force beating chest about the glorious Hindu civilization and feeling nothing but disdain for the so called ‘outsiders’. Yet when I stood in front of this 19th century Church and the adjacent graveyard surrounded by the wilderness of the Kangra valley, I could only feel wonder, peace and love. I could not hate for the colonizers.

Standing over the graves of the 19th century British men, women, children take us back to our colonial past. At one corner lied, Henrietta who died in 1860s, merely at the age of 26. Somewhere next to her lie two infants, both died within a year of their birth. Also lies there, James Bruce, the Earl of Elgin, Viceroy and Governor General of India, and prior to that, Governor of Jamaica, Governor General of Canada, High Commissioner of China. As I read each epithet I was deeply aware of our colonial past, and the vastness of the British colonial empire with all its oppression, and yet I didn’t feel hate. More than anything, I felt a sense of unity with Canada, China and Jamaica with whom we share the same colonial past but are we all living in the past seeped in hate?

McLeod Ganj should be on every traveler’s ‘to visit’ list for the history of the exiled Tibet apart from its calm and wilderness. I didn’t find any safety issue walking around the the area alone.

McLeod Ganj should be on every traveler’s ‘to visit’ list for the history of the exiled Tibet apart from its calm and wilderness. For more read this photo story on McLeod Ganj, Dharmshala. 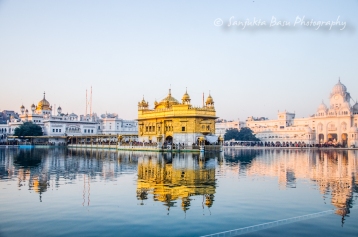